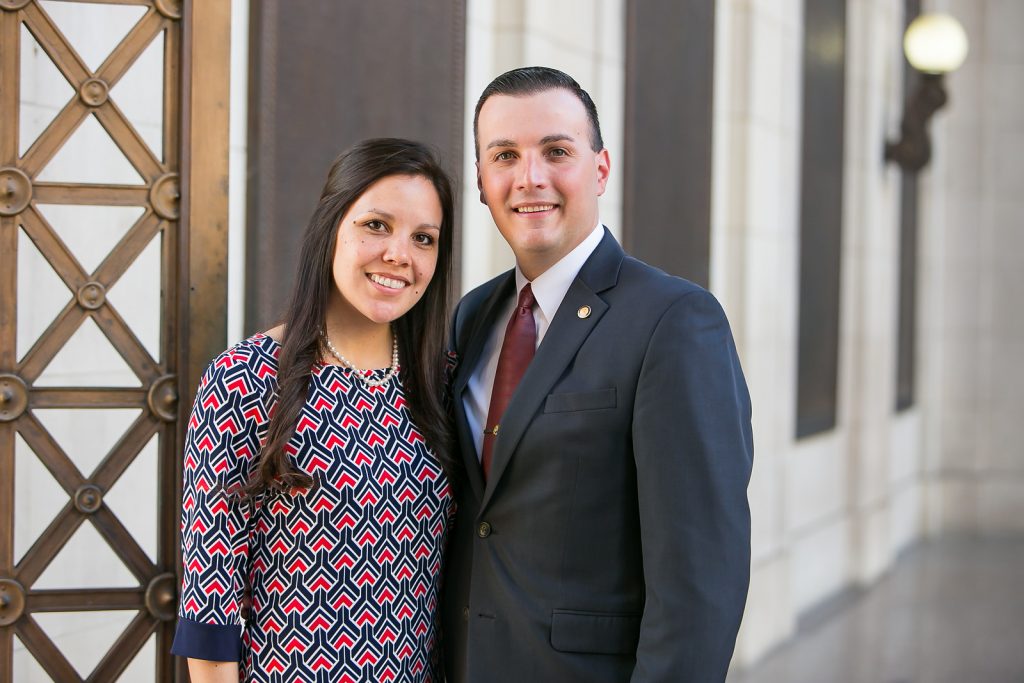 As the son of a pastor and evangelist, Aaron R. Snodderly was blessed to grow up in a Christian home. At the age of fourteen he became a born again Christian when he called upon the name of the Lord for salvation and placed his faith and trust in the death, burial, and resurrection of Jesus Christ. Answering the call to ministry, Aaron started the Turn Your Eyes Upon Jesus Radio Broadcast when he was sixteen years of age. In the thirteen years that followed, God blessed it mightily as the ministry expanded to partnerships with nearly one hundred radio stations across the country and world, reaching out to over one hundred million people.

When a young teenager it became obvious that, in addition to his radio ministry, Aaron was to become extremely active in the political field. Throughout the years he has chaired many committees and held numerous elected positions of political leadership, including GOP County Chairman and State Chairman of the TN Young Republicans. He has participated in the election of some of America’s finest men and women, working with and for a myriad of winning campaigns ranging from County Mayor/Executive to President of the United States. Most recently, he served as a Middle TN Director for Ted Cruz presidential campaign and was on the statewide ballot as his delegate.

In all of these endeavors, Aaron has attempted to turn people’s eyes upon Jesus and defend traditional Christian American values. In so doing, he has been blessed with the opportunity to share the Gospel with several presidents. In 2003 his favorite response came from President George W. Bush. When asked if he knew Jesus as his Lord & Saviour, the President replied, “Yes I do. Thank you for asking that question. Don’t ever stop asking people that question.” One of his favorite memories of defending religious freedom was in 2005 when he had the privilege to attend the U.S. Supreme Court cases involving the public display of the Ten Commandments on the grounds of the Texas and Kentucky state capitols.

Currently, Aaron serves as Executive Director of the Tennessee Independent Baptists for Religious Liberty. It is a ministry founded and led by some of Tennessee’s finest pastors for the purpose of promoting & protecting religious freedom in their state and around the country. After all, “If the foundations be destroyed, what can the righteous do?” Psalm 11:3

Aaron R. Snodderly is a dynamic speaker who has been blessed to speak to both small and large church/political gatherings “from sea to shining sea” and at such historic venues as the U.S. Capitol, the U.S. Supreme Court, many State Capitols, the Grand Ole’ Opry, and “Ground Zero” in New York City (a few days after the terrorist attacks on Sept. 11, 2001). As an evangelist, he speaks to the hearts of men and women through expositional preaching of God’s Word, the Bible. As a political speaker, he speaks to the heart and intellect of politicians across the country, persuading them to pass constitutional legislation that respects the first amendments guarantee of freedom of speech and the free exercise of religion.

To schedule Aaron to speak at your church, school, community or political event, call 615-410-9232. Or, email info@tibrliberty.com.